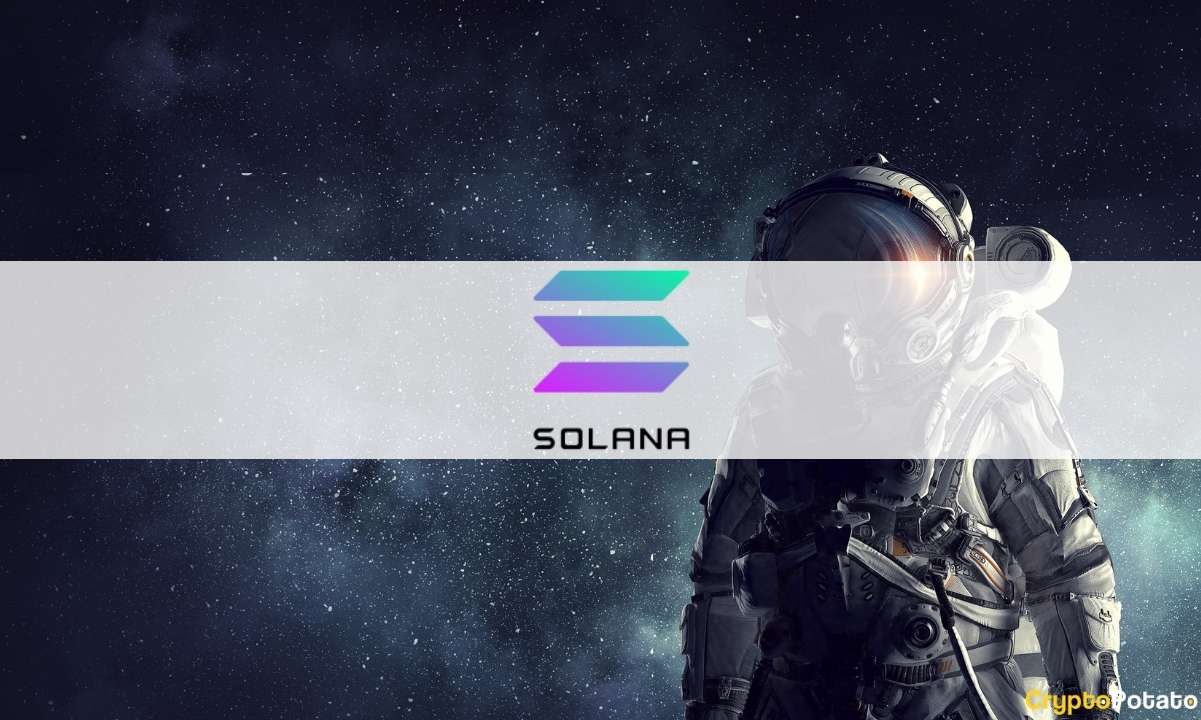 While Solana has shown remarkable growth and development on the technological front, its native token is still in the process of gaining spots on all leading exchanges.

Only this year did Coinbase add SOL to its listings. With its listing on Phemex after 20th August, Solana will have climbed another rung of the success ladder.

On 20th August, one of the most popular derivatives exchanges, Phemex, listed Solana on its platform. Phemex’ SOL-USDT is now the 35th spot trading pair listed by the exchange.

The story of Solana began in 2017 during the boom of ICO projects. With its robust planning and roadmap, it collected a sizable $25 million in funds through private and public investors. In February 2018, Solana published its official whitepaper and acquired new talent to develop its blockchain. This was followed by several testnet stages, which led to the project’s mainnet launch last year.

Currently, the unrivaled champion of the DeFi world is the Ethereum network, and rightly so. It is one of the earliest projects in blockchain and is a compatible ecosystem for almost any new application. When starting with their new, fresh ideas, developers see Ethereum as an obvious choice for growth and possibilities. However, the network has some glaring problems that beg to be solved, and scalability issues often steal the limelight.

At the advent of the DeFi age, it was unclear whether the dream of trustless financial networking could be realized. DeFi applications were once seen as a series of infeasible prototypes only, but to the surprise of many, it has now evolved into a multi-billion dollar industry. Decentralized exchanges are the established heroes of DeFi’s rampant development and adoption.

Ethereum has invited much appreciation and trust among the blockchain community. Today, the network has attracted a large portion of this community but has also invited a few challenges with rising in popularity. Ethereum network struggles to solve the problem of congestion, which makes it impossible to scale to millions of users just yet. Due to this congestion, the transaction fees on the Ethereum network have spiked to the point of discouraging users from taking part. This problem is also driving away application developers who are now looking for alternatives.

Solana has now joined this collective journey of DeFi and claims to solve these issues with its newly designed layer-1 solution instead of a layer-2 protocol. Last year, most decentralized exchanges shifted from an orderbook-based model to automated market makers (AMMs). This improved Ethereum’s throughput and offered ways to generate returns, but the model is still inefficient compared to the orderbook model.

With Solana’s jaw-dropping speed and transactional flexibility, an orderbook-based exchange would thrive and yield much better results than ever before. Solana developers have also created  ‘Wormhole,’ a protocol that builds a bridge to connect its blockchain to other DeFi networks like Terra and Ethereum. This takes care of the user-onboarding challenge that new blockchain networks often face, as the majority is already comfortable with Ethereum. Providing seamlessness and connectivity has always been effective in adding value to the user experience.

A matter of curiosity attached to Solana is its superiority over other DeFi projects in terms of speed and scalability. The secret sauce to the project’s growing capabilities is its novel Proof-of-History protocol that powers it with unparalleled network throughput. This ingenious algorithm creates a trustless source of time for the entire decentralized ecosystem through cryptography. While this allows the blockchain to maintain an immutable ledger, its beauty lies in its ability to receive transactions in any order.

Proof-of-history works in line with a ‘verifiable delay function (VDF), which enables it to sort any order of transactions in chronological order. It does this by utilizing the trackable timestamps feature, facilitating efficient handling of network congestion to improve throughput. Since Solana does not depend on a Layer-2 protocol or sharding mechanism to speed up the network, developers can create projects without stressing over network performance or fees.

Solana’s native token SOL has aligned its market performance with the project’s technological advances. Last year, the token was valued between $1 and $2 but skyrocketed to $56, exhibiting enormous growth. SOL’s all-time high value is currently above $75. This means that early token investors would have bagged returns as monumental as 6500% between 2020 and 2021. Presently, the total number of SOLs in circulation is around 270 million.

One of the catalysts behind SOL’s soaring prices is the Degenerate Ape Academy NFT, a project developed on Solana. It pushed the total trading volume of SOL to almost $6 million per day. The values of some of these NFTs have crossed 100,000 SOL, which is around $7 million.

Solana’s evident victory in the DeFi space is tied to its upcoming dominance over the Ethereum network. The new leader in waiting has onboarded many applications and projects on its platform, resulting in meteoric growth. A few prominent names built on Solana are USDC, Terra, Serum, and Chainlink. The pace at which it is attracting new projects is due to the network’s fast speed and connectivity with other blockchains. This could slowly lead to Solana overtaking Ethereum and dethroning it from its top position.

Phemex was founded in 2019 by a Wall Street veteran named Jack Tao and his peers who noticed that professionalism, customer care, and trust within the crypto industry were missing. The next couple of years showed a substantial increase in crypto users, but crypto exchanges still lacked efficiency and trust. This is why the group quit Wall Street and founded Phemex to integrate simplicity, efficiency, and trust in the space.

The platform is based in Singapore and has a careful screening process of listing tokens and contracts. The company recently crossed a million traders and has made strides in staying connected to its growing community. It is one of the top global crypto exchanges that offers derivatives trading for digital assets, with over 37 pairs on its list. It has made a total of 34 spot trading pairs available to its users, with SOL/USDT as the 35th addition on its platform.